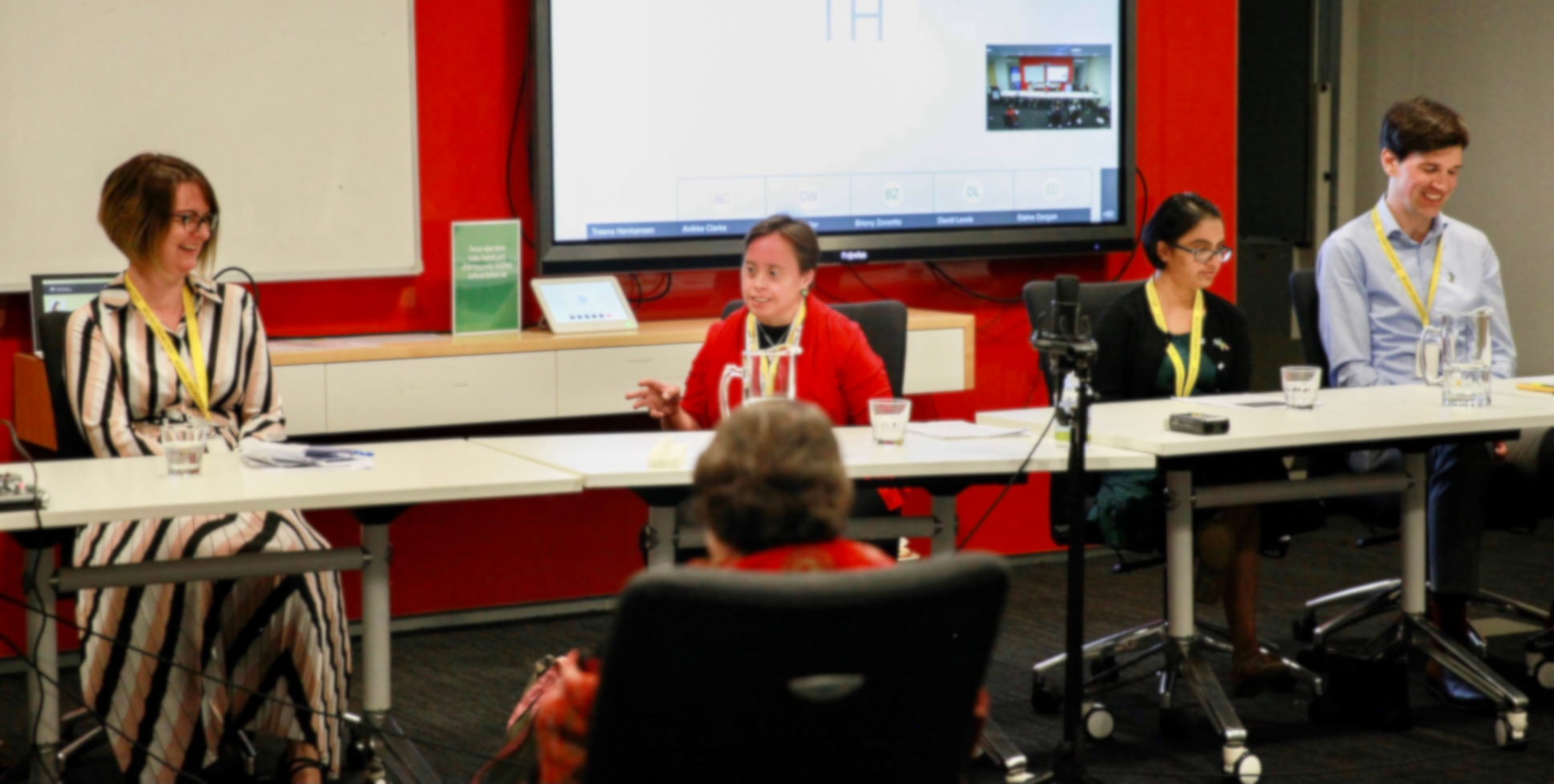 You raise me up

Kylie’s life as a person with an intellectual disability (Down syndrome) is very full. Her experiences have equipped her to share her story for the benefit of others. For Kylie, it is important that the focus for everyone should be on ability – not disability.

When Kylie was growing up, her parents lobbied for her to have the same opportunities as her sister, such as going to her local school. With her mother Evelyn’s help, Kylie runs her own business as a public speaker, advocate and artist. Kylie has described her mother as the wind beneath her wings.

You raise me up to walk on stormy seas

Like everyone, Kylie has had ups and downs in her life. In particular, she has worked in places where intellectual disability was not understood and the right support not provided. Her talks highlight some ways we all may assist people less able than ourselves so they are confident and included in all our communities.

‘Really, I want to speak up for people who can’t. We all need to be understood and supported.’

You raise me up to more than I can be

In 2017-2018, Kylie attended the uni 2 beyond program, run by the Centre for Disability Studies (an affiliate of the University of Sydney’s Medical School). The program aims to help students become real advocates and supporters of social inclusion.

One of the best times of Kylie’s life was representing Australia in tennis. She played tennis in the Dublin 2003 and Shanghai 2007 Special Olympics.

Kylie has represented people living with intellectual disability on various committees and networks. She was named as 2019 Sydney Local Health District’s Volunteer of the Year.

In December 2020, Kylie received an Australian Aspire Award Medal of Recognition for Individual Best Achievement Service to the Australian People.

Recently, Kylie also took part in a presentation with Centre for Disability Studies Director, Assoiate Professor Mary-Ann O’Donovan, Amrita Ramjas and David Pech about the uni 2 beyond program. This was attended by the Attorney-General’s department staff in Canberra.